A Guide to Brewing the Perfect Cup Start
;

Over the years, the French press has undergone several design modifications. The first coffee press, which may have been made in France, was the modern coffee press in its rudimentary form—a metal or cheesecloth screen fitted to a rod that users would press into a pot of hot water and coffee grounds. The coffee press was patented by Milanese designer Attilio Calimani in 1929. It underwent several design modifications through Faliero Bondanini, who patented his own version in 1958 and began manufacturing it in a French clarinet factory called Martin SA under the brand name “Melior”.[3] Its popularity may have been aided in 1965 by its use in the Michael Caine film The Ipcress File. The device was further popularized across Europe by a British company by the name of Household Articles Ltd. and the Danish tableware and kitchenware company Bodum.

The modern French press consists of a narrow cylindrical beaker, usually made of glass or clear plastic, equipped with a metal or plastic lid and plunger that fits tightly in the cylinder and has a fine stainless steel wire or nylon mesh filter. 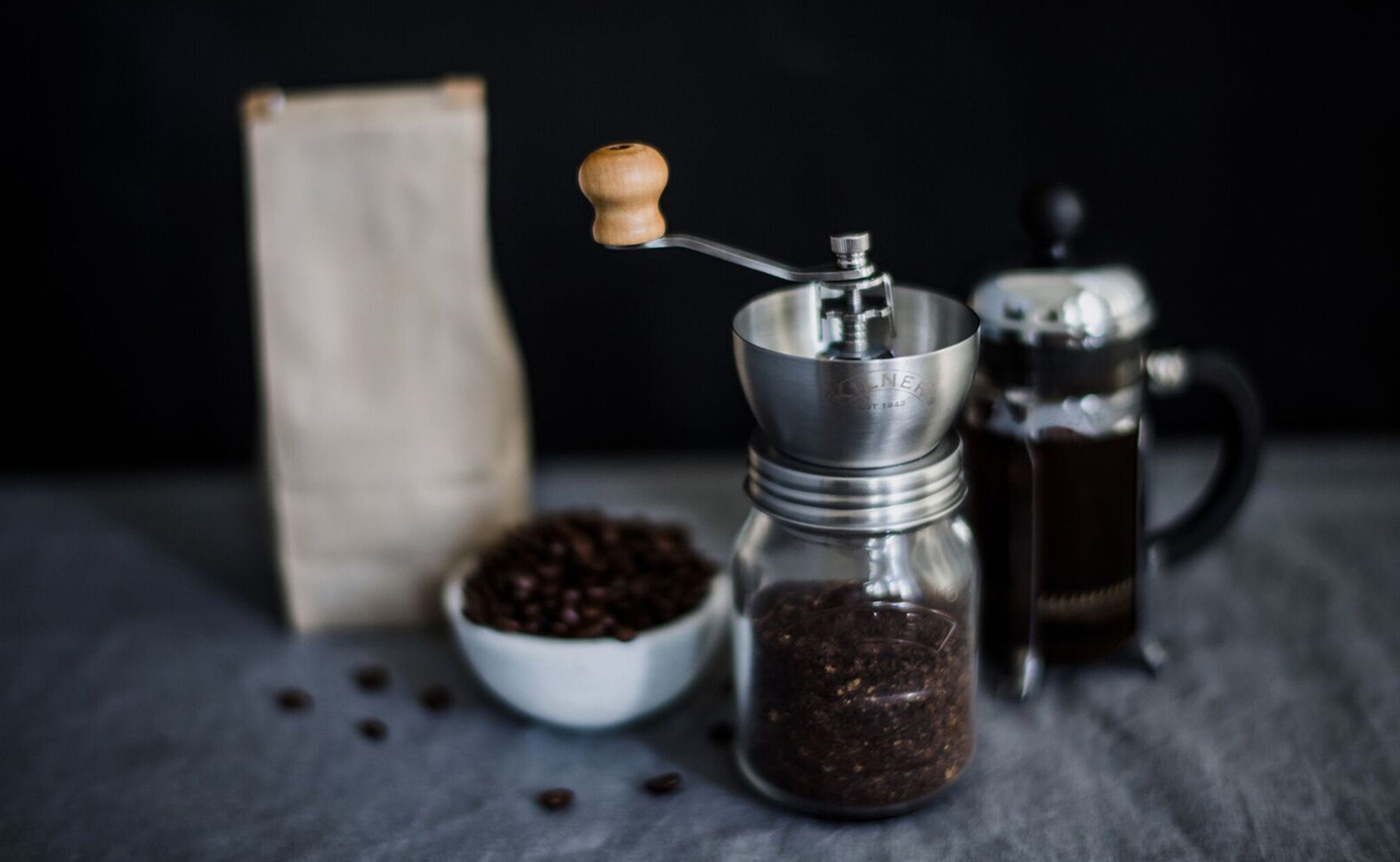 Start with freshly roasted whole beans.  Choose a bean with your favorite profile – nutty, fruity, carmel-like or buttery, and so on.

With a good quality burr grinder or hand coffee mill, grind the beans to a coarse grind similar to the consistency of kosher salt.

Place 1 ounce or 1 coffee scoop of ground coffee into the French press beaker. Add about 12 ounces of hot water (199 – 205 degrees F). With the back of a spoon, lightly press the grounds just until all are wet.  Place the plunger lightly on top of the water.  It will rest there.

Allow the coffee to brew for 2 – 4 minutes, then press the plunger.  Pour the coffee into your mug and enjoy!  Experiment with the time to satisfy your taste.  The time may also vary with the variety of the bean.  However, if the brewed coffee is left in the vessel after pressing, it may become bitter.